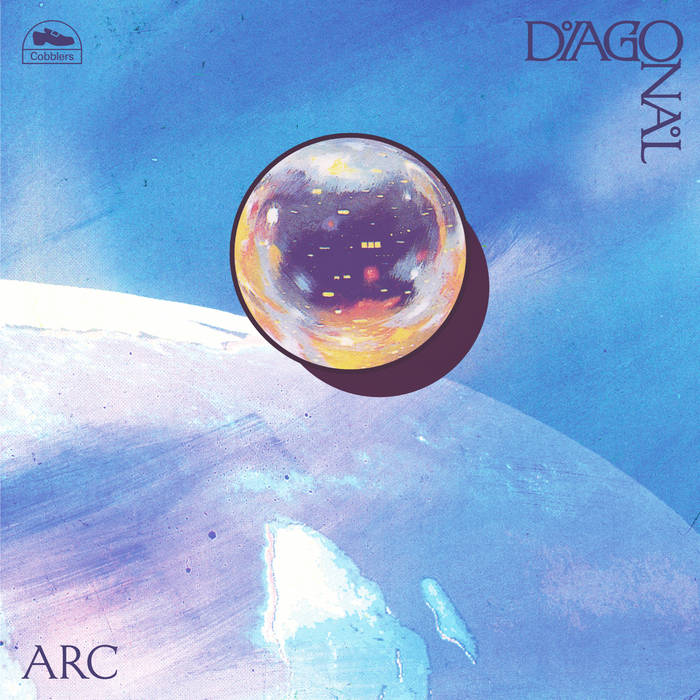 Carsten Pieper Scavenged from the depth of the wishlist, a pearl shimmering in HD quality ;-)
Interesting mixture of different styles (I here all the tags listed but I'd like to add indie rock and even Canterbury to the list).
Favorite track: Citadel.

Alrihkh Arc’s somewhat-psychedelic, modern, off-the-beaten-path style of prog is quite interesting. The similarities I draw are that, at times, their music reminds me a bit of Radiohead & the vocals of Bryan Ferry. Looking forward to 4.
7.5/10. Favorite track: Citadel.

Sven B. Schreiber Frankly, I'm not really a fan of psychedelic prog, and this release clearly belongs to this category. However, this band does an excellent job making their songs interesting and worthwhile, so I'm actually having a lot of fun listening to their album - even on the second round now. Favorite track: Celestia.
more...

'Stately post-rock with undertones of folk and jazz' – MOJO

'A bold return...anthemic and Floydian' – Prog

Less is more’ is somewhat of a cliché but just ask Diagonal whether that rings true. Seven years on from 2012’s The Second Mechanism – the group’s second LP following their eponymous debut – they return as suddenly as they seemed to disappear, with arguably their finest effort to-date, Arc. It’s a record that maintains their effortlessly chameleonic shifts through Canterbury scene-indebted progressive rock, pulsing motorik and the spaced-out jazz expression; but where it really thrives is in its sense of spontaneity, imbibed from the quick and organic way that it came about.

After a hiatus filled with what can neatly be described as real life taking priority – families being started, relationships beginning and ending, people moved away – the shared head space for Diagonal to be able to return came naturally. Holing themselves up in Echo Zoo studios in Eastbourne on the south coast, the band came together with no expectations or even preparation. Giving themselves a week of solid writing and recording time, they’d jam together from morning until the early hours of the next one – a short, sharp period that allowed, for the first time in a while, a focus on nothing but music.

“Previously we made albums by playing and playing in a practice room to develop the final track; it took a long time and a lot of energy. We needed a break from that to get the enthusiasm back” says the band’s Saxophonist and vocalist Nick Whittaker. However, for the Arc sessions the only pressure was their self-imposed time limit; “but it led to a really relaxed and creative atmosphere,” Nick adds. “We spent the most time together we had in years, cooked and ate together - a really great break from real life!”

The result is a record that finds the group’s band members re-connecting with each other as collaborators and people. Original bassist Dan Pomlett and organ player/vocalist Alex Crispin are both back in the fold, having departed in 2010 – and Arc is a triumphant listen on their return, one that steps back from the technical chess and at-times breathless structures of their earlier releases and instead allows the music to breathe. Citadel stretches and exhales throughout its eight minutes of shuffling percussion, languid guitar lines (“us taking our time,” says Dan, “not feeling like lots of things have to be crammed into one song”.) Meanwhile, comparing the lilting ambient opus of seven-minute The Vital to Talk Talk’s own minimalist later work isn’t so far off the mark. Even something more straight-up and urgent like The Spectrum Explodes, which wouldn’t sound out of place on an early 00’s Chemikal Underground release, still finds room to deviate, expand and, well, explode into a cosmos-gazing finale.

However, while Diagonal may have stripped back some of the technicality of their work to instead go with the flow, they remain an unashamedly prog band. They were proud of the term from their inception, when it was most definitely not en vogue; they’re proud of it now when stylistic expansion and musical structures are being flipped right across the popular musical spectrum, most prominently in the burgeoning UK nu-jazz scene of which – consciously or otherwise – Arc feels at least a loose relative. Opener 9-Green is built on muscular funk backing, while Stars Below explores the group’s folkier side - done so after guitarist David Wileman brought a 12-string guitar to the studio. It’s the open and unwavering commitment to travelling through these disparate genres that truly keep the six-piece true to their prog roots.

As for the lyrics? They’re largely thematic, the “Jon Anderson approach” as the group call it – in reference to the Yes front man – of choosing words to suit the mood rather than telling a detailed story. That said, there are messages of hope within Alex Crispin and Nicholas Whittaker’s words, and a journey of finding youth within yourself rather than searching for it elsewhere; “and of course it’s hardly surprising after being apart for so long and wondering whether another Diagonal LP was even possible there’s hope in our music” says Nick.

So it is that Arc closes fittingly, with the band coming together on Celestia, weaving harmonies together as one once again.

Bandcamp Daily  your guide to the world of Bandcamp

Benji B talks about his new compilation ‘Deviation Classics’